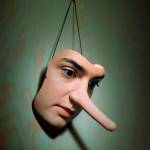 According to the SAPS crime statistics for 2015, corporate crime decreased by 29.4% from 2014. This is probably more an indication of how many people have stopped reporting such crimes, as the SAPS can do very little to solve them. The PwC survey concluded that the greatest risks to South African companies were asset misappropriation, procurement fraud, bribery and corruption, and cyber-crime. While it is a useful gauge, these statistics exclude the most recent and prolific scams butchering businesses. It is vitally important for businesses to understand the risks associated with current scams. Fraudsters have devised a well put-together scam involving tenders, which many businesses chase as a continuous source of income. They advertise new tender opportunities in well-known publications, using the names of existing, prominent, blue-chip companies and large parastatals. Businesses are required to pay a large deposit on the successful awarding of the tender — usually all of them which fell for the scam did so. The con could also involve the delivery of a large quantity of merchandise that the thieves will collect, but that they will never pay for. Most small businesses that are targeted collapse under the pressure of such a brutal financial loss. The syndicates involved in the tender scams are well organised and leave as few clues as possible. Very few of these incidents are reported, as the awarding of the tenders often involve backhand payments and the victims are, therefore, criminally implicated. As a result, there are no accurate statistics on how rife this is. I am dealing with a small company that paid a R30,000 bribe to be awarded a R2m tender. They supplied more than R300,000 worth of goods, which the perpetrators stole. There is little insurance cover available to businesses that suffer these types of losses. According to nav.com, the Better Business Bureau, Small Business Administration and the Internal Revenue Service in the US, identity theft against individuals and businesses is one of the most profitable scams as it carries a low risk for the perpetrators. Criminals approach a company claiming to represent a well-known business and ask for documentation to open a credit line in its name. They set up phone numbers in the name of the business, using phone services freely available on the internet. They know all the directors’ names and often have their home addresses. Their e-mails will, at first glance, look legitimate. Basic checks by companies advancing the credit will not pick up the slightly veiled, red flags. After the syndicate is notified that the credit is granted, they collect goods to its full value. It takes some time for the targeted company to realise they have been scammed and have no recourse. The scam with the highest yield for criminals, which has hit two-thirds of South African businesses, involves defrauding companies using a change of banking details. A syndicate, sometimes operating with an insider, obtains a large invoice from a supplier. They purport to be that supplier and contact a company’s accounts department to request payment into a new bank account. They provide the creditor’s clerk with a cancelled cheque and other documentation, which is fairly good but often not checked properly. After the payments are made, the money is rapidly drawn from the fraudulent account and the syndicate moves on to the next opportunity. I am investigating a loss of R1.2m over a period of six weeks using this method of defrauding a firm. There is no insurance to fall back on. There is no police task force dealing with this form of crime. It remains the responsibility of businesses and their investigators to delve into the activities of these gangs. The SAPS is aware of these scams, but doesn’t seem to have a mechanism in place to warn businesses. We work in an environment in which nothing can be taken at face value and checking each and every transaction should not be considered overkill, but a necessity. It is crucial for business owners to educate themselves and their staff about these crimes, because it is not if, but when, the fraudsters will threaten your company