BMW AG is set to extend production halts in Germany to China and South Africa on Monday as the luxury-car maker grapples with a shortage of steering parts as noted on Moneyweb Steven Arons, Bloomberg 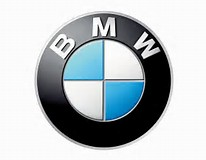 Production at the factories in Shenyang and Rosslyn is likely to stop for a day, while its plant in Leipzig, Germany, is expected to be partially shuttered, spokesman Michael Rebstock said. The Leipzig site has been closed since Friday, and another facility in Munich was affected last week as an unidentified Italian car-parts supplier has been unable to make the required deliveries, magazine Focus reported earlier Sunday.

BMW’s profitability dropped in the first quarter, as an aging production lineup led the company to offer incentives to accelerate sales. The Munich-based carmaker delivered 5.2% more cars in the first quarter than a year earlier, compared with a 16% jump at Mercedes, which last year outsold its luxury brand rival for the first time in a decade.

“We can’t say at this point when the production halts will be over,” Rebstock said, adding that the company would decide on further production stoppages caused by the supply shortage as needed. He described the likely financial damage as “manageable” but “not yet quantifiable,” noting that the company’s 1-Series through 4-Series models are all affected.

“A task force is working constantly to solve the issue,” Rebstock said.

Clients driving BMW will be effected with repairs taking much longer than usual. It is recommended that BMW drivers increase Car Hire Options from 30 days to 60 day options.