Driving Under the Influence

Silly season is fast approaching and if not already with all the year-end corporate functions, I thought this article from the Short Term Ombudsman Newsletter very fitting.

With the likes of all the chauffeur driven companies now available there is no excuse.

Many of I&DRS™ preferred personal lines insurance companies offer these value added services to their policies at a minimal fee. 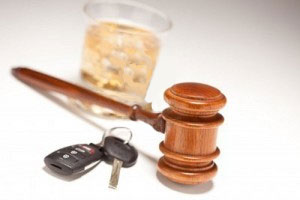 Mr. G. (insured) submitted a complaint against his insurer, Auto & General Insurance, for damages to his motor vehicle which arose out of a single vehicle accident.

According to the insurer’s rejection letter the claim was rejected as the incident driver drove the vehicle whilst under the influence of alcohol, which is specifically excluded in terms of the policy wording.

In their first response the insurer advised that the accident took place at approximately 23h30 when the vehicle hit a pavement and crashed into a wall. The insured advised that he lost control of the vehicle. At claims stage the insured advised the insurer that prior to the loss he had attended a function where he had consumed one glass of wine. After leaving the function he had a nap and thereafter went out to purchase food which is when the loss happened.

In his reply to the insurer’s response, Mr. G. disputed the evidence of the witnesses and, specifically, their credibility.

The insured was advised that one of the limitations of the function of OSTI is that it does not hold formal hearings or take witnesses’ evidence on oath as happens in a Court of law. Where there are factual disputes, testing opposing version can only be done by oral evidence and that therefore the best forum in which this matter should be adjudicated upon was a Court of law.

The policy wording that the insurer relied on did not require blood or Breathalyzer test results in order to confirm the incident driver’s state of sobriety. Having regard to the relevant provisions of the policy wording, the time at which the accident took place, the insured’s whereabouts prior to the accident, the manner in which the accident took place and the evidence of the witnesses, the insured was advised by the Ombudsman that he was in agreement that the insurer had shown, on a balance of probabilities, that the incident driver was under the influence of alcohol at the time of the loss and that this was material to the loss. The insurers repudiation of the claim was therefore upheld.