Durban – Soon after the first person in KwaZulu- Natal tested positive for Covid-19, there has been a decrease in serious crime in some areas. 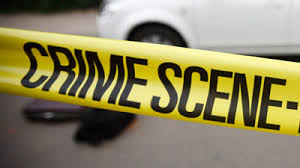 Jakes Singh, chairperson of the Chatsworth Community Policing Forum, believed this was due to more families being at home throughout the day.

“However, this does not mean the CPF is relaxed. They will still function normally,” said Singh.

Satish Dhupelia, public relations officer for the Sydenham CPF, said if there was an increase in crime, particularly house robberies, they would get the statistics from the police.

“Since the outbreak, we have not received the stats, so it is safe to say that there has not been an increase in crime.

“Also, in the past few weeks we have not received calls of serious crimes, including those of domestic violence. We only received reports of petty crimes.”

Phoenix CPF chairperson Umesh Singh added: “Though it might be safer with more people staying at home, we still urge the community not to be complacent.

“Criminals study their targets. Therefore, they are still able to attack even when people are in their homes.”

“However, hijackings and vehicle thefts continue.”

He said he feared the national 21-day lockdown may spark a surge in crime, as many businesses would be closed.

“This creates an opportunity for criminals to strike with the intent to loot as well.”

Reaction Unit SA (Rusa) spokesperson Prem Balram said there had been a drop in serious crime but a spike in common robbery.

“Our call-outs from residents and business owners have decreased. However, there are incidents of common robbery, such as the theft of cellphones and handbags.”

He said President Cyril Ramaphosa’s decision to implement a national 21-day lockdown was the right one.

“He made the right decision to protect our country and its people.

“We are also glad that security personnel are included as essential workers. We will be out in full force to ensure the law is upheld.

“We have also informed the local police that Rusa’s helicopter is available for air patrols and crowd control.”

National police spokesperson Brigadier Vishnu Naidoo said he was unable to comment on a possible decrease of crime in some areas.

“While our citizens are observing this crucial stage of a lockdown, they should remain vigilant of lurking opportunistic criminals.

“They should continue to assist us to do everything possible to safeguard themselves as well,” Naidoo said.