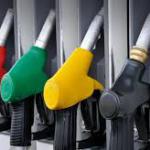 Have you ever sat at the petrol pump while you are filling up your car and wondered about the different options? In the past, you have been given the options of LRP and unleaded. But, by the end of 2017, this will change. What does the scrapping of LRP fuel mean for you? Are there differences between 93 and 95 unleaded? What is the best option for your car? Lead Replacement Fuel (LRP)

What Happened To Lead Fuel? Before we delve into LRP and unleaded, it is important to understand how we got to unleaded fuels. Cars manufactured prior to 1992 were designed to run on petrol containing lead. Lead was used in fuel to reduce engine knocking, boost octane levels, and improve the daily wear and tear on the valve seats within the motor. Research began to find, however, that there was a cumulative toxin within the fuel that was dangerous to people as well as the environment. It was, therefore, ruled that leaded fuel was in fact a dirty fuel and it was slowly removed from the market. While the reduction of lead in fuel began in the 1970’s, phasing out only began in the 1990’s. South Africa officially phased out leaded fuel in 2006 and introduced LRP. LRP was the “healthier alternative” to leaded fuel, and allowed older engines, which are incompatible with unleaded, to stay on the road. Instead of previously used tetraethyl lead, LRP uses potassium compounds. These buffer soft exhaust valves and seats to reduce the amount of wear. Transitioning To LRP South Africa was one of three markets, including the UK and Australia that used LRP as an interim alternative to leaded fuel. Most countries simply transitioned straight to unleaded. Despite LRP being phased out internationally, 20% of South Africans are still using this fuel. Currently only 1-2% of cars actually need LRP. It is expected that by the end of this year, we will no longer have the option of filling up with LRP. Fuel stations all over the country are beginning the transition to Unleaded and Diesel dominated pumps. With the phasing out of this fuel on the cards, there needs to be more education around unleaded fuel. There is a lot of confusion around the use of LRP versus unleaded, as most people don’t realize that their vehicle can in fact operate on LRP.

Can I Change To Unleaded? Many people who own cars older than 25 years old are weary of transitioning to unleaded. The biggest concern lies around valve seat recession, which is essentially just the acceleration of valve seat wear and damage. There are options for classic cars to use unleaded and stay on the road, however, including modifications and additives. It has, in fact, been advised by BP that all cars manufactured from 1990 onward are able to operate on unleaded Fuel.

Unleaded From the end of the year, unleaded will be the only option at the pumps. This high octane fuel works without the addition of lead and has been designed for modern engines. Unleaded fuel has been categorized according to the various levels of octane. Fuel basically burns and releases energy, and the higher octane level, the higher the performance. Most engines are now designed to use a specific octane rating. So make sure you know which one you fall under.

Should I Use 93 Or 95? The AA recommends that, unless you are driving a turbo or supercharged engine, you should opt for 93. What is important to keep in mind is that 95 is more expensive than 93. The does, however, usually give you better mileage. Interestingly, your region is also a big contributor to what fuel you can use. If you live in Johannesburg, it is recommended that you use 93 octane fuel. Coastal regions should use a 95 octane fuel. The high altitude and low air pressure means that there is no real performance gain with a high octane fuel. If you are still somewhat in doubt, the rule of thumb is to use a higher octane fuel in a high performance car. The easiest way to determine whether you should fill up with 93 or 95 is to check your handbook. Do not panic, however, if you use the wrong octane a few times. If you are using an octane level lower than you should, it will decrease performance and fuel efficiency. Prolonged use could eventually cause your engine to knock and cause long-term damage. Using a higher octane grade is simply a waste of energy. This is merely coming out of your pocket and is just more of an expense to you.