Hackers steal up to $1bn from banks 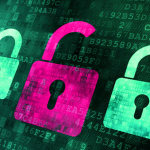 New York – A report from a cybersecurity firm says an international hacking ring has stolen up to $1bn from banks around the globe in what would be one of the biggest banking breaches known.

The hackers have been active since at least the end of 2013 and infiltrated more than 100 banks in 30 countries, according to Russian security company Kaspersky Lab.

After gaining access to banks’ computers through phishing schemes and other methods, they lurk for months to learn the banks’ systems. Then the hackers have programmed ATMs to dispense money at specific times or set up fake accounts and transferred money into them.

Most of the targets have been in Russia and Eastern Europe. But Kaspersky says banks in the US, Asia and elsewhere in Europe were also targeted

Cyber Theft has always been lucrative to criminals and South African businesses, whether big or small are made no exception to this form of criminality. I&DRS are committed to staying ahead in industry in order to better advise our clients of risks involved and covers recommended to further protect their businesses. Therefore our experienced commercial team will once again be attending an Insurance Bootcamp course, this time on Cyber Liability and POPI (protection of Personal Information) early next month.

Should require more information, do not hesitate in contacting our offices on (011)484-9401