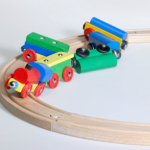 Two men in South Carolina face seven federal charges after authorities say they parked a car on train tracks, causing an Amtrak train to derail, then came back and claimed they were injured in the crash.

Prosecutors say 33-year-old James Love and 34-year-old Deon Roberts were indicted last week on charges of fraud and causing a train wreck. The indictment was unsealed Wednesday after they were arrested.

The indictment says they parked a stolen car on the tracks in Allendale County, then left until an Amtrak train crashed into it. Authorities say Love got back into the damaged car and Roberts laid down near it, both claiming to be severely injured.

None of the 128 passengers on the train were hurt.

Court records didn’t list a lawyer for either man.