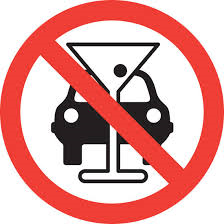 Johannesburg – ZERO. No alcohol at all for drivers. If you drink any alcohol, then don’t drive. That’s the new proposal from the national Department of Transport.

The proposed new section of law states: “Driving a motor vehicle while under the influence of intoxicating liquor or drugs having a narcotic effect (is) prohibited”.

The proposal is that “No person shall on a public road (a) drive a vehicle, or (b) occupy the driver’s seat of a motor vehicle, the engine of which is running, while there is a concentration of alcohol in any specimen of blood taken from any part of his or her body”.

The proposal was cautiously welcomed by drunk-driving watchdogs.

South Africans Against Drunk Driving said a zero alcohol level was easier for drivers to understand and thus appropriate for South Africa, but warned that this in itself wasn’t enough.

“Merely changing the level to zero will not mean people will stop drink driving,” said Caro Smit, founder and director of SADD.

“A zero level must be followed through with rigorous enforcement, that is, frequent random testing, good paperwork that stands up in court, and swift court appearances.”

She said that only when there were high conviction rates and effective punishments would drunk driving decrease, pointing out that the legal blood-alcohol level was reduced more than 15 years ago, but road deaths and injuries had increased.

The Justice Project SA warned that a total ban might unintentionally criminalise the innocent.

Justice Project SA chairman Howard Dembovsky said: “It would be a good thing to remove any doubt in people’s minds as to what the so-called limit is, but there are numerous problems.

“It’s a medical fact that some people will produce false-positive readings of both blood and breath samples, and therefore, having a zero limit before criminalising people is unwise.

“For example, eating fruit can produce naturally occurring blood alcohol levels, albeit that they would be low. Similarly, diabetics are at risk of false arrest as hypoglycaemia causes acetone in the breath.”

He also pointed to potential problems with over-the-counter medications such as cough mixture.

“How reducing the limit to zero will assist the situation is not exactly clear, given the fact that the reason most prosecutions are unsuccessful is that blood-test results are not forthcoming within a reasonable time frame,” Dembovsky said.

Those who wish to comment have until 27 February to do so.

The draft bill must also go through the parliamentary process. – The Star