Storm over , Who pays for the wall?

For some, relief will be followed by the blow of a rejected claim and a hefty excess increase
22 October 2017 – 00:05 WENDY KNOWLER – Business Live 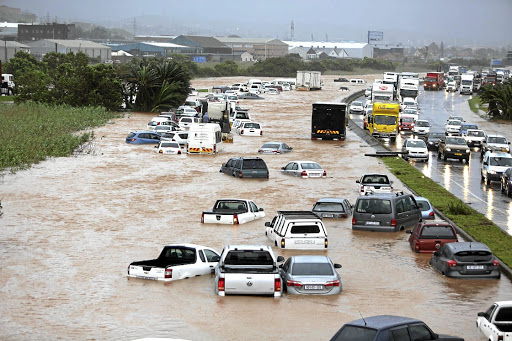 For most, insurance is a grudge purchase until the day disaster strikes, as it did with last week’s two major storms in Gauteng and KwaZulu-Natal.
For some, though, relief will be followed by the blow of a rejected claim and a hefty excess increase.
Claims for collapsed boundary or retaining walls are often repudiated by insurers on the grounds that there were defects in their design, materials or construction, or that they weren’t maintained – kept free of a heavy creeper, for example – and gradually became compromised.
“We see a large number of cases in our office where a claim is rejected on the grounds that a boundary or retaining wall was inadequately constructed or inadequately maintained,” says short-term insurance ombud Deanne Wood.
“Policyholders argue that the wall would not have collapsed but for the storm and, as storm damage is covered, the insurer is liable for the loss.
“On the face of it this may be true, but if an insurer is able to show that the wall would, on a balance of probabilities, have withstood the storm if it had been adequately constructed or maintained, the insurer is entitled to reject the claim.”
Many insurers rely on the National Building Regulations and Building Standards Actin rejecting a claim based on a substandard wall, Wood says.

.
“Where the insurer is associated with a bank, a common retort raised by complainants in response to this type of rejection is that the property was inspected by a representative of the bank at the time of its purchase and therefore any failure to meet national building requirements should have been pointed out by the inspector.
“But the argument is of no help to them because the inspection is carried out by the bank and not the insurance company – these are two distinct entities and the inspection has no bearing on the assessment of the risk.”
In any event, Wood says, the purpose of a bank’s inspection is to determine whether there is sufficient value in the property to justify the purchase price and to provide sufficient security for the bond.
“It’s not intended to be an assessment of the extent to which the property is insurable.” That’s the insured person’s responsibility, Wood says.
And that’s a job for a professional, an independent building expert who reports on the condition of the buildings.
But in the absence of such a report, if a retaining wall that remained intact for 30 or 40 years collapsed during a particularly bad storm, the wall would most likely be considered to have stood the test of time and the claim would be successful, says an industry insider who asked not to be named.
In many cases, though, assessors conclude that a bad storm was the final nudge in a gradual process leading to the failure of a wall. Or that a wall that was once fully compliant with building regulations had its stability undermined by modification.
“Often in South Africa, homeowners, wishing to secure their properties against crime extend the height of existing walls, and top that off with electric fencing, without considering the foundations,” said Alexander Forbes, commenting on storm-related claims in general.
“If the foundations were inadequate, an insurer will not pay out for the damage as the wall collapsed due to poor design, not the storm.”