Motorsport in Europe may be consigned to the history books if the European Union’s new insurance laws are given the green light. 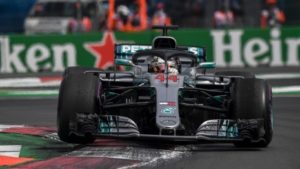 According to the Motorsport Industry Association (MIA), the EU’s new Motor Insurance Directive could have a “catastrophic” effect on the motor racing industry and its workers unless urgent amendments are made.

The MIA is urging motorsport professionals to contact their local MEPs by 27 November, although there’s no official word from the European Parliament over when the ruling might take place.

The proposed law will extend compulsory third-party insurance to all vehicles, The Sunday Times says. These includes racing cars, which aren’t covered by the insurance required under the proposals.

While motorsport categories competing in EU states could seek cover from third party providers, the MIA warns that insurers would refuse to cover the risks to other drivers and cars because the costs would be “too high”, the newspaper reports.

Chris Aylett, the MIA’s chief executive, told Auto Express that unless the EU amended the wording or the insurers changed their minds, motor sport would become illegal.

Will Brexit affect drivers racing in the UK?

No, according to Aylett. He told Autosport that it was a myth that the UK’s exit from the EU next year would make the Motor Insurance Directive ruling redundant.

This is because the EU plans to make a decision on the proposal within the next month or two. Brexit doesn’t take place until 29 March.

“If businesses don’t take positive action now then motorsport will cease and we’ll all be out of a job or business”, he said.

Why is the EU introducing the law?

The reason is to ensure that anyone injured in an accident involving anything from an agricultural vehicle to a racing car is fully covered insurance-wise.

The decision to extend third-party insurance to all vehicles was made in 2014 after a Slovenian farmworker was knocked from a ladder by a tractor, says Auto Express.

The farmer’s insurance claim was rejected because the incident took place on private land and involved agricultural machinery.